From 2nd to 4th of November the charming horse show EQUUS II took place in the bigBOX ALLGÄU. Initiator Elmar Kretz was extremely satisfied with the excellently attended event and already announced that EQUUS will continue in the coming year.

Anja Beran and Kathrin Roida were able to present four performances with their team:
The work in hand showed Kathrin Roida and Teresa Hennel with the Lusitano Geronimo and the P.R.E.-mare Nina. A pas de deux with side saddle showed Vera Munderloh with the Cruzado Talismán and Kathrin Roida with Lusitano Geronimo. Excerpts from the garrocha work presented Steffi Seebauer with Lusitano Bue and Vera Munderloh with the Lipizzan stallion Maestoso Stornella. A classic pas de deux between a dancer and a horse to the sounds of Swan Lake was offered by Nicole Ciroth and Anja Beran with the P.R.E. stallion Ofendido.

All performances took place in an arena of only 13 meters in diameter, which places high demands on horse and rider. But all the horses proved once again how much they trust their riders. Even in this difficult surroundings, the riders could rely fully on their horses. 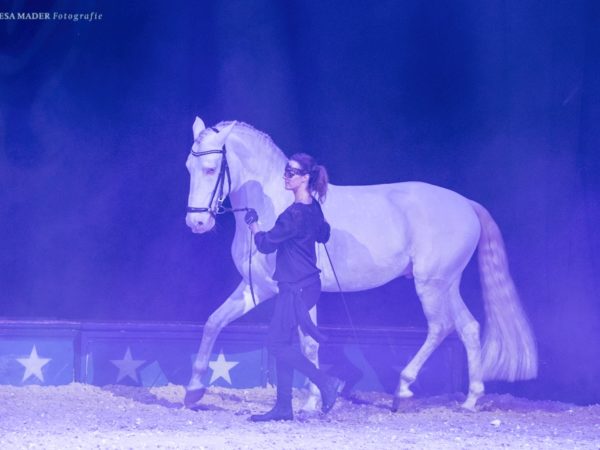 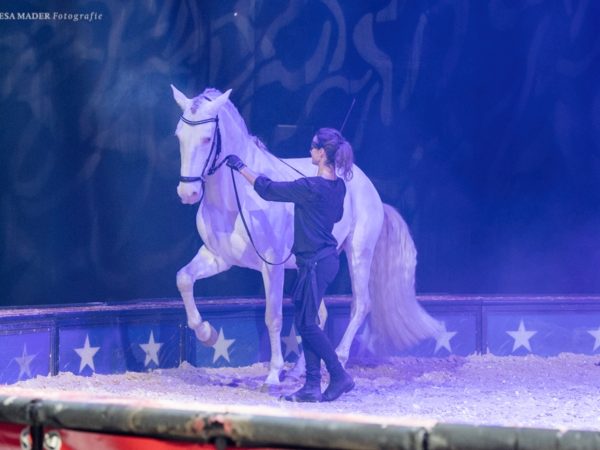 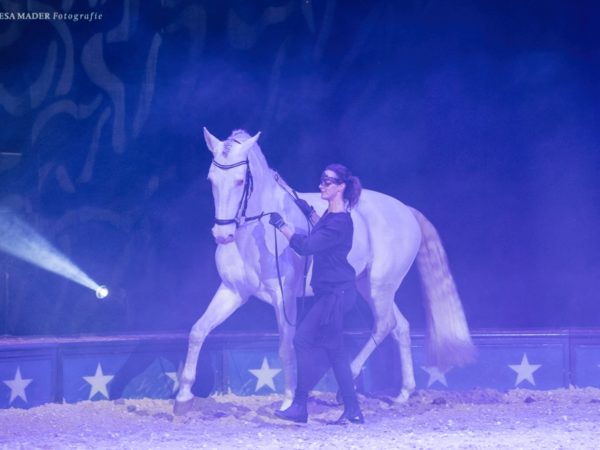 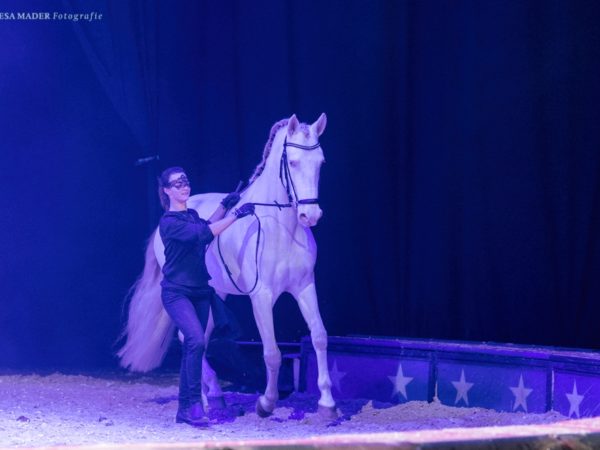 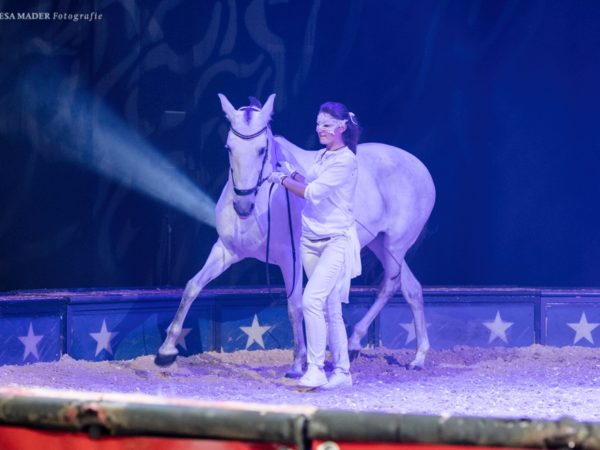 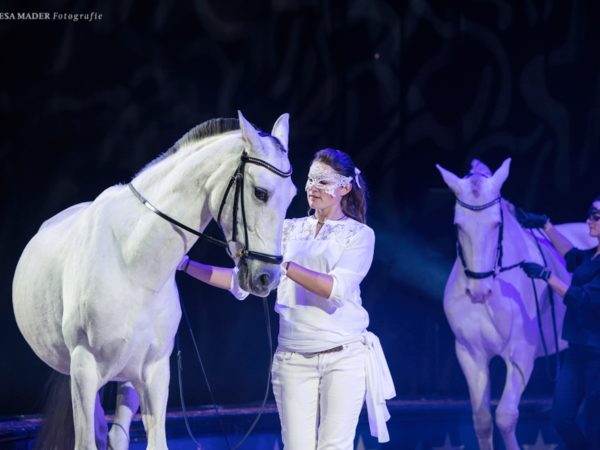 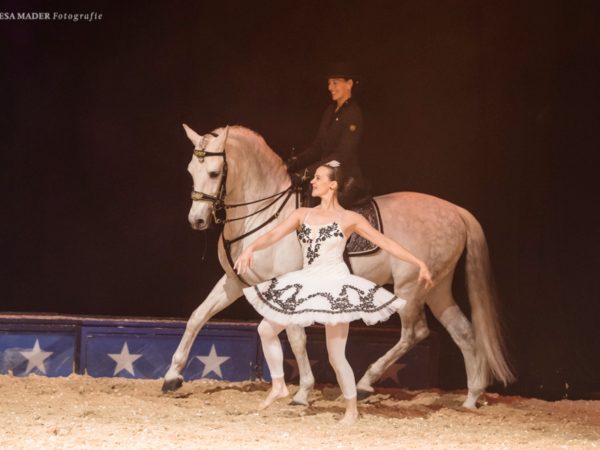 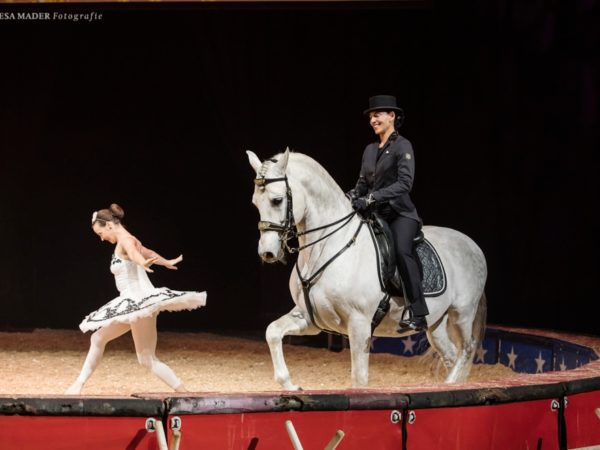 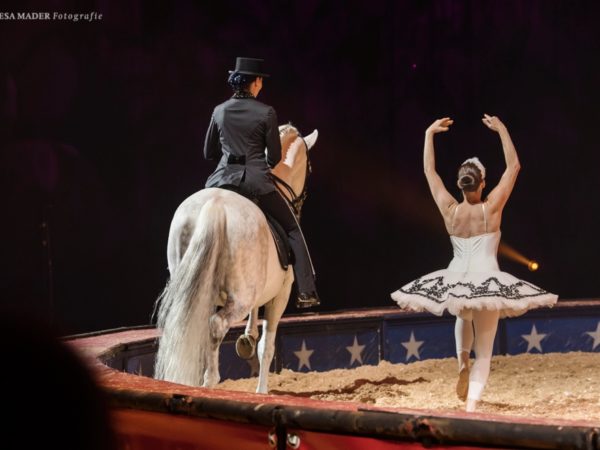 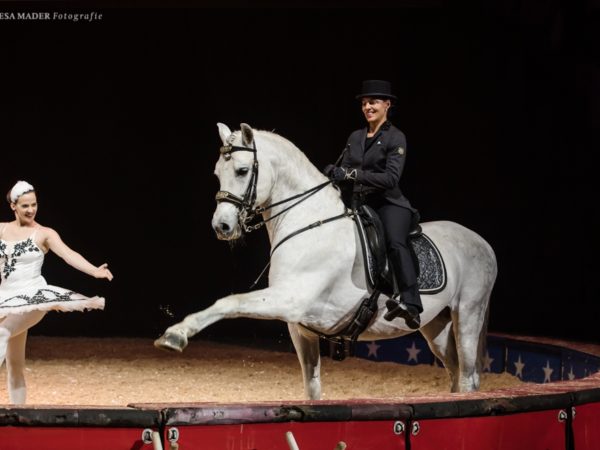 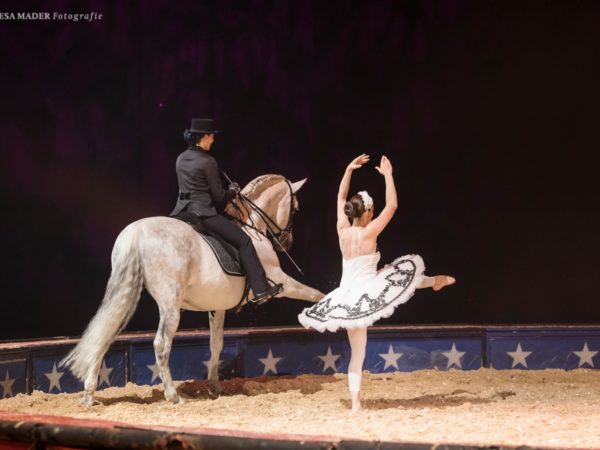 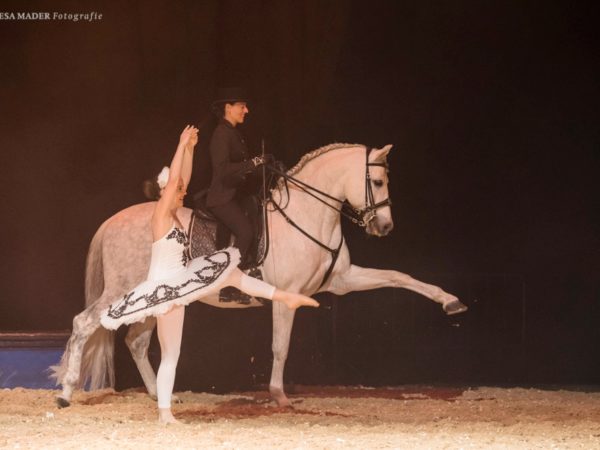 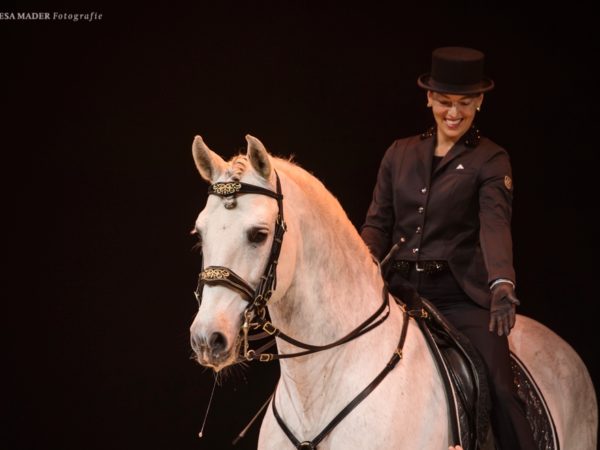 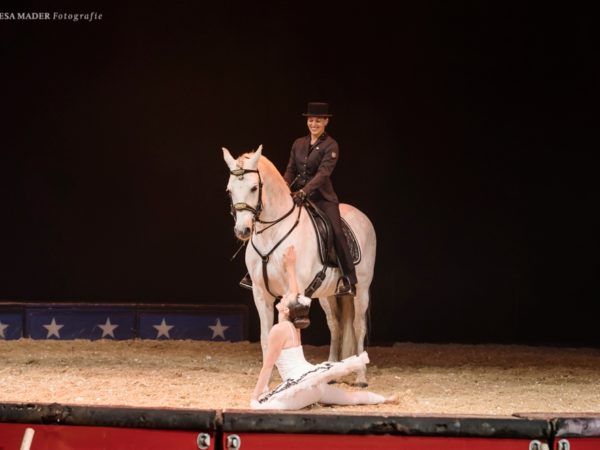 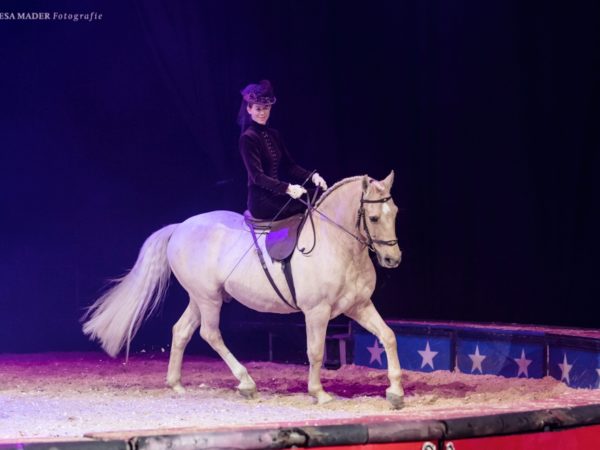 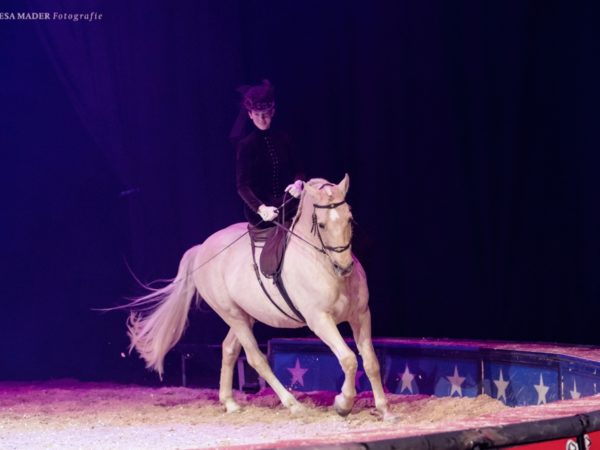 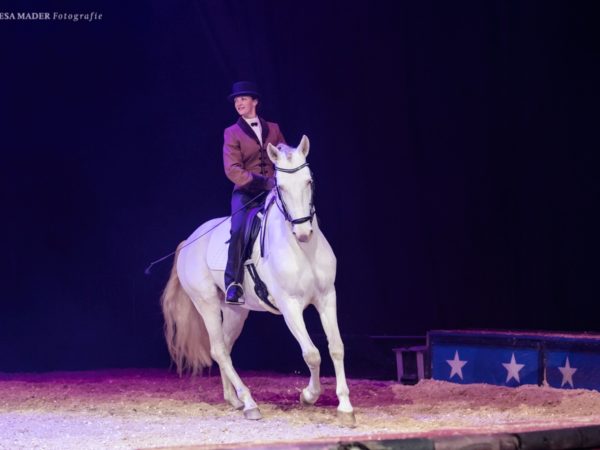 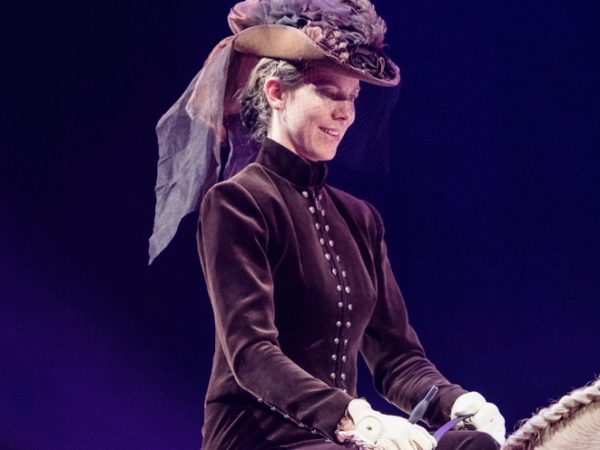 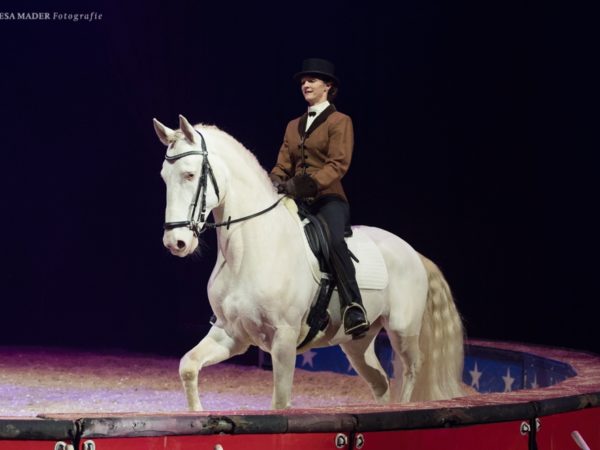 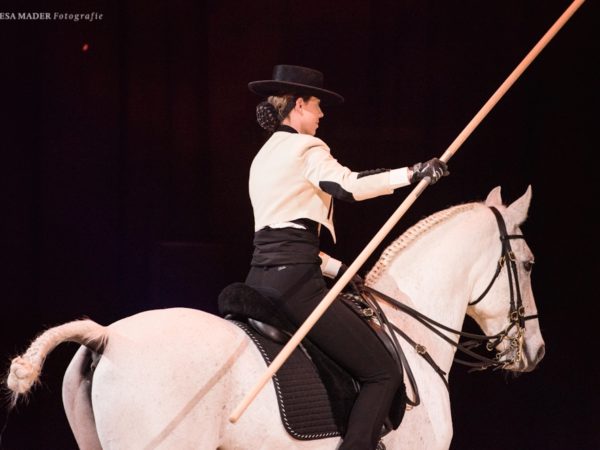 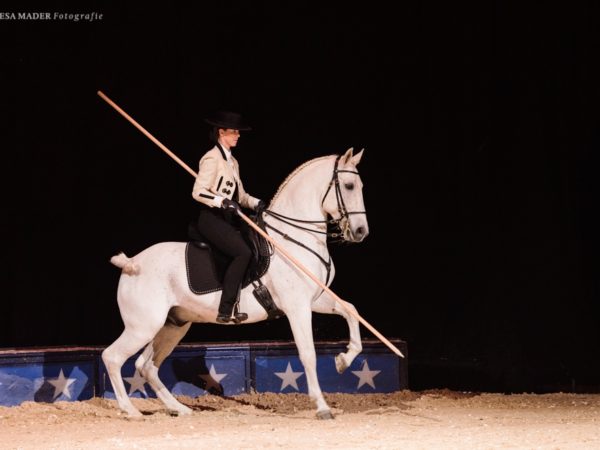 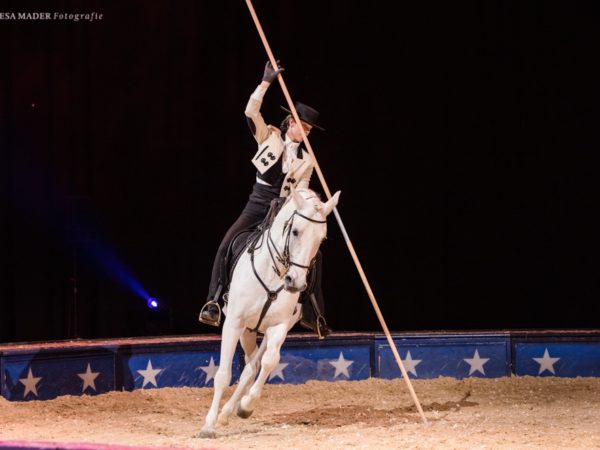 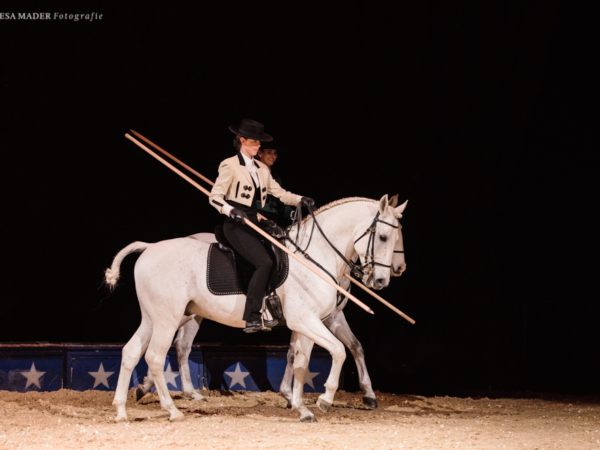 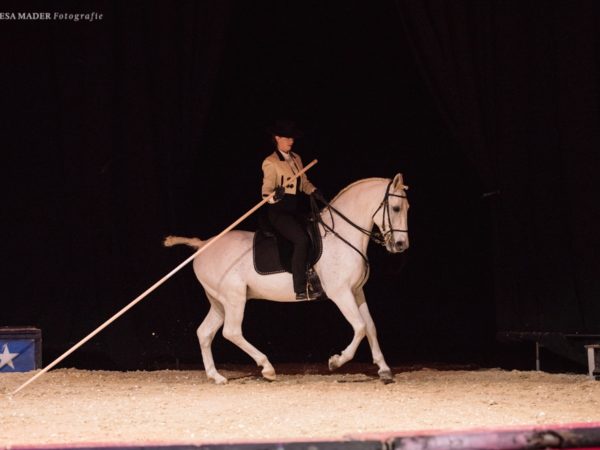 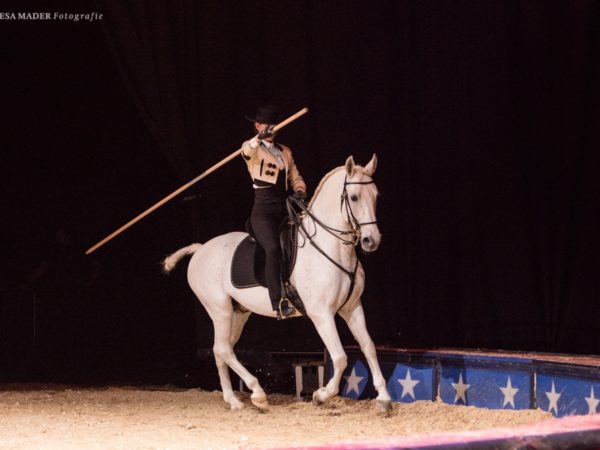 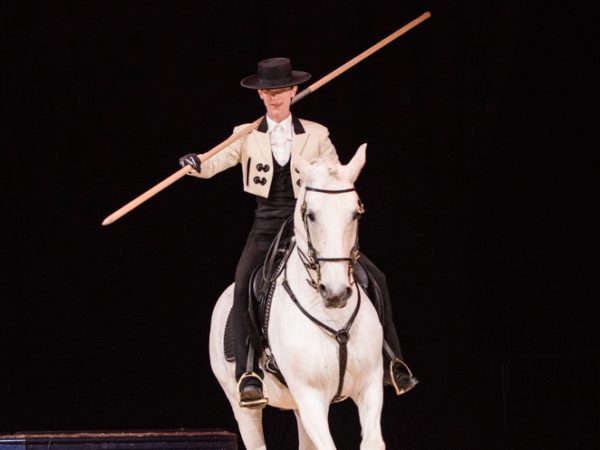 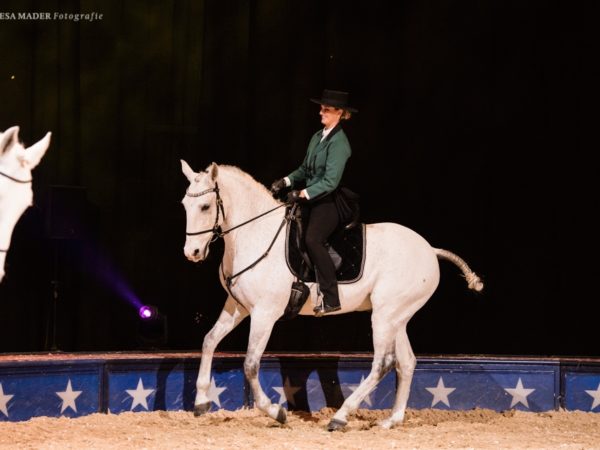 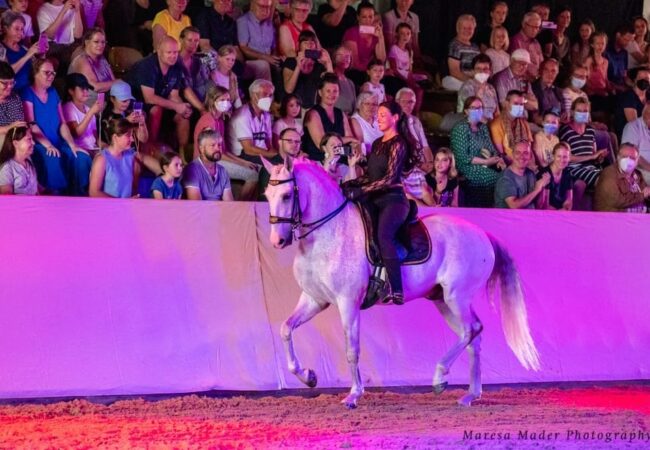 Anja Beran and Bue at the Marbach Classics 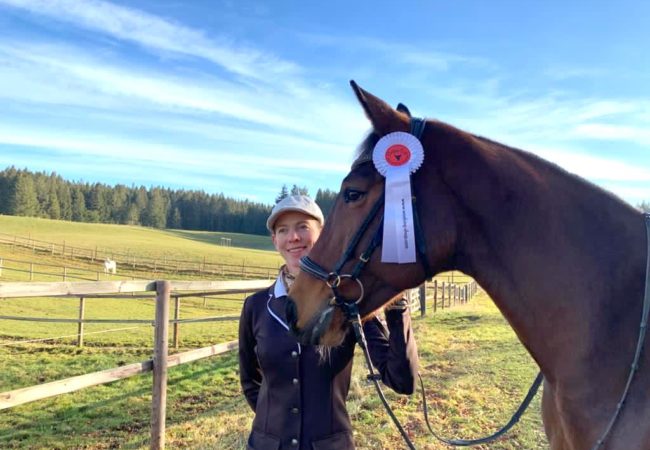 Congratulations to our Working Equitation Team 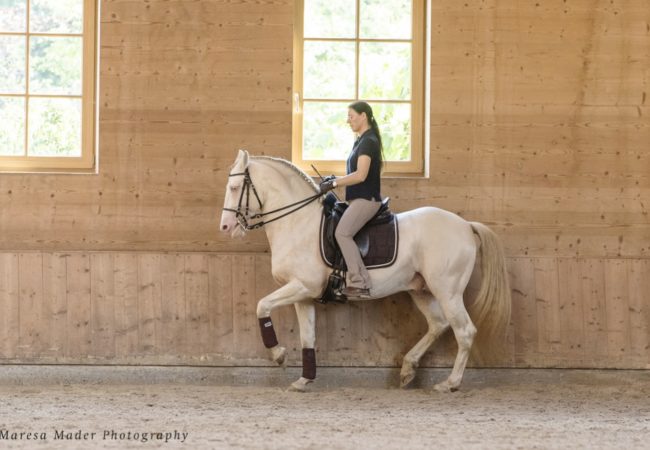